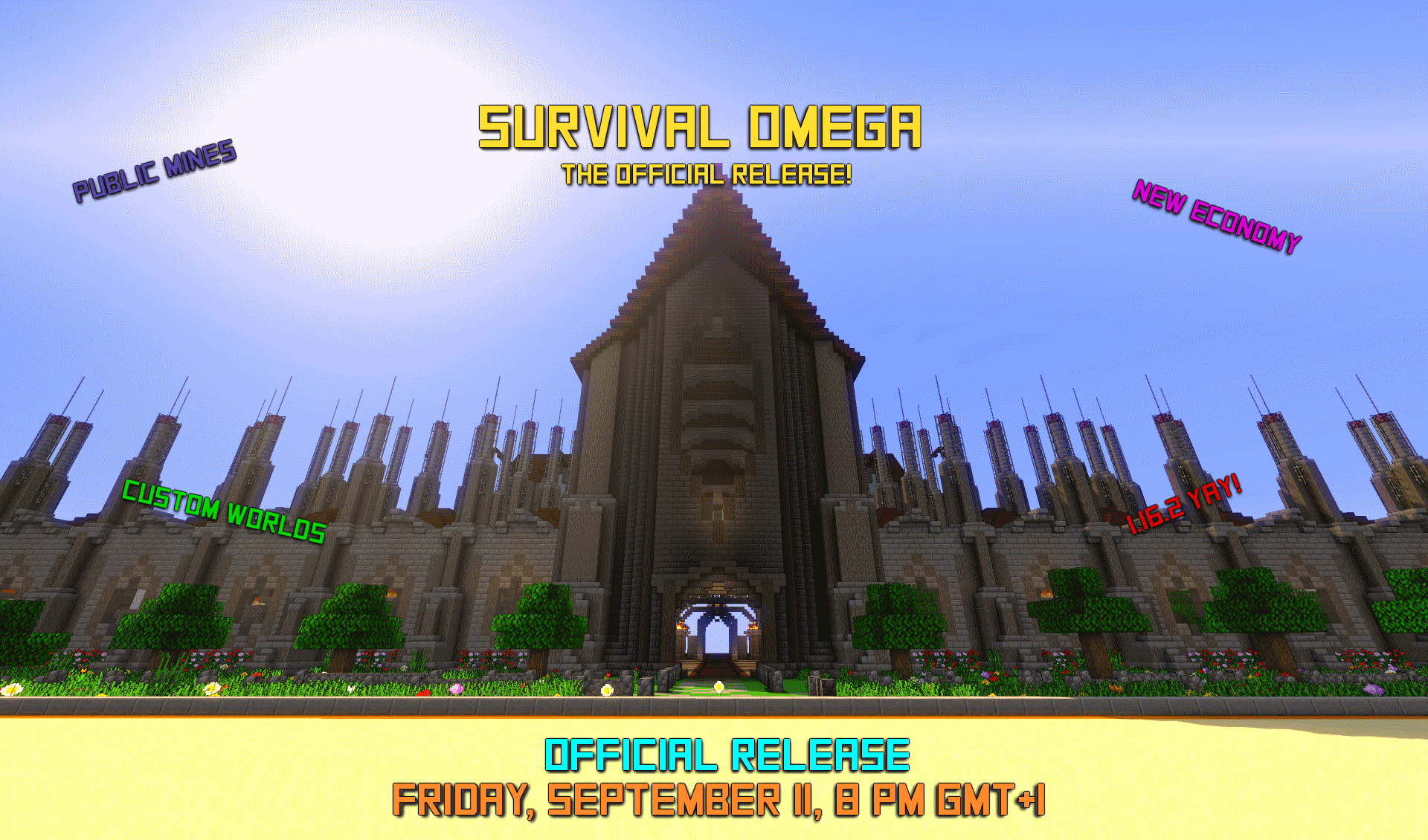 So what will we have in the new server? Here are some of the features:
• Original survival spawn is back
• Spawn plots
• Public duel arenas
• Old PvP world
• Mechanical doors (like on Survival Delta)
• New economy
• Custom generated world
• No more huge IG farms with tons of golems and villagers
• Public mines
• More player-based economy (not everything is sold in the shop anymore - don't worry, there are plenty of things you can still buy in it!)
• Per-biome random teleportation portals
• New crates
• Legacy shop and reward shop will be renamed back to their old names, Donate shop and Vote shop, and will have new stuff in them.

Since this is a new server, no one will have ranks on it at first. Ranks from the original survival will NOT transfer to the new survival. It means everyone will have a fresh and even start! (Ranks will be purchasable on the store)

The staff applications for survival omega are open now! If you wanna apply for the server, choose 'survival' in the servers menu on the application form, and make sure to write 'THIS IS FOR SURVIVAL OMEGA' inside the 'Anything else you would like to add?' text box so I can know you are applying for it.

The rules of Survival Delta (and GuildCraft in general) also apply for the new server, so make sure to read and follow them!​
The server will release on Friday, September 11, at 8 PM GMT+1 time.
*Note: the release might be delayed due to some issues I may run into, though I don't expect it to.
(Yes, I know the date is a bit... meh.)​

Member
Hype also if you add the skygrid again GC is gonna be on the top!
J

PikaCrafterFan said:
well its new but as far as i can tell its all the old features lol which is probably better but i dont like that there's gonna be new ranks + thinking that splitting the survival playerbase into two servers may be problematic we'll see
Click to expand...

Totally agree with this