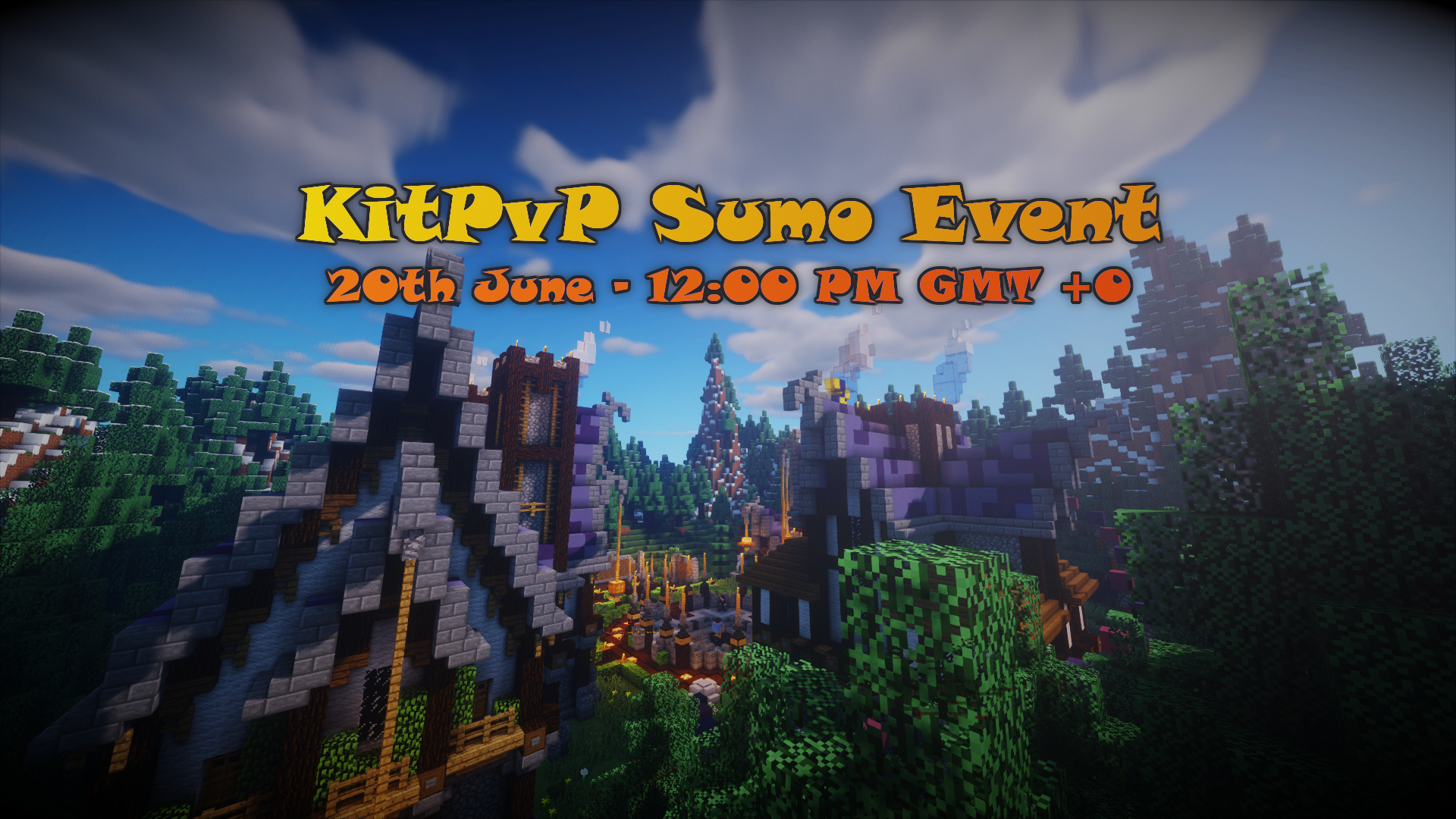 Us, the KitPvP staff team are hosting a remastered version of the ancient Sumo Event, which was held in 2019. We wanted to make a simulation in which 32 mighty wrestlers contest in fights one against each other. Deed was done, and the simulation was an incredible success.

We, the KitPvP staff, are looking forward to rehosting a similar event, which will run as the follows:

Contestants will be chosen to fight in a particular order. There will be up to 16 fights, depending on the amount of wrestlers willing to risk their lives in such a frightening arena.

Just like last time, there will be 3 different arenas in total, each representing a particular stage of the event.

Each arena has its own Unique rules. 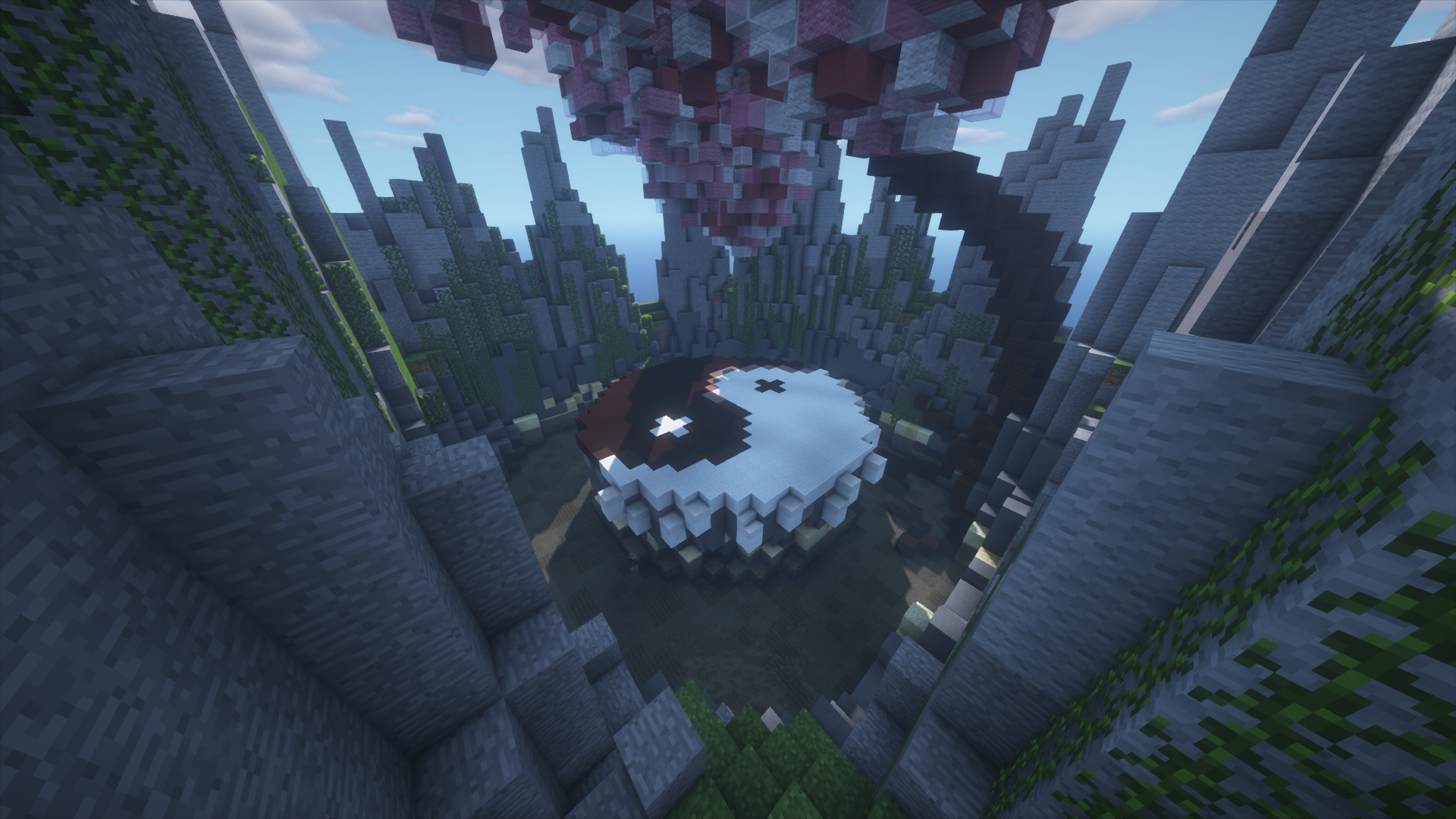 First Arena: The first arena consists of people which are at the very shallow level of skill. Each contestant will have a chance to prove their worth and skill. That is by of course, fighting a chosen opponent.

Arena 1 wrestlers are equipped with Knockback 1 sticks and are buffed with Speed 1.

The result of a match is determined after a series of fights one against each other have occured. It will be once again, a best of three fights. Each win against your opponent results in 1 point. A loss will not lower, nor reset your points count.

Losers of matches are considered disqualified.
Winners of matches, however, get to progress onto the Second Arena, which is even tougher.


Second Arena: Only the wrestlers who have successfully proven their incredible skills are able to take part in the Second Arena.

Arena 2 wrestlers are equipped with a Knockback 1 stick and are debuffed with Slowness 1.
Same match rules apply: the best of three matches is victorious. As usual:
1 win = 1 point.
A loss = 0 points.

Losers of Arena 2 are considered disqualified, aside from ONE singular wrestler which will be "Ressurected", and will be able to take part in the third and final arena. The ressurected's name will be RANDOMLY chosen. We will use a random-name generator, which will assist us in getting the ressurected's username.

Winners are to contest in the final, and most honored arena.
​
Final Arena: Will include every Stage 2 winner, along with the ressurected individual. This is when rules are to be entirely twisted.

You no longer are alone. You fight as a group. All remaining wrestlers will be devided into equal and random groups. You win the fight by knocking each opponent from the opposing team down to the water.
1 fight won = 1 point.
1 fight lost = no points.

There will be 3 total group fights, in which each group gets to insert dominance in the arena.

All wrestlers are equipped with a Knockback 1 stick and are debuffed with Slowness 2.

The winning group will proceed onto the Second part of the arena.

The second part will meet new changes, as well:
You no longer fight in groups, each man for himself.
Each member of the winning group will have to fight in a brutal FFA on the arena. Last man standing wins the event.

Typically, we are going to hand out rewards to the top 3 players who have made it to the very end. The rewards consist of Buycraft Coupons!

REWARDS
The winner will receive a very fitting reward: a Buycraft coupon, summing at 20 Euros!

The wrestler who came in 2nd place, the one who fought as they stood, will receive a Buycraft coupon, summing at 15 Euros!

The wrestler who had achieved the 3rd place will as well receive a Buycraft coupon, summing up to 10 Euros!


Please note the following: The maximum amount of contestants allowed to participate in the event was set to 32, for various reasons.

HOW TO PARTICIPATE
If you are interested in participating the event, either comment on this thread with your IGN, or send a DM on Discord to kulrv#5168.

Will probably lose at arena 1 lmao

would prefer if u picked a the timezone of GST

probably gonna go out in arena 1

Member
Just gonna hop by and spectate a bit

Admin
My performance will surely not be on level,so I won´t be a conestant.